On Wednesday, a $250 million civil tax fraud case was dismissed by a Manhattan court regarding the Russian-American businessman and former Trump associate Felix Sater.

As reported through Business Insider, the real-estate company Sater had founded, Bayrock, was involved as well and both were being persecuted in a civil tax-fraud case. This was also a qui tam case, a type that allows whistleblowers to file for the state, followed by the option for the attorney general’s office to intervene or not.

Fred Oberlander, a lawyer who also acted as the whistleblower for the Sater prosecution, used to represent Sater’s former business partner Jody Kriss in a case against Sater’s company. He had encountered information that was removed from Kriss’ complaint by judges and as a result filed a qui tam complaint. This did not prove successful for him, though, and the complaint was dismissed soon thereafter due to the information he provided outside of the courtroom having been confidential and therefore not valid as evidence.

Despite this, in February 2016 the office of Attorny General Eric Schneiderman decided to get involved in the case by sending a letter regarding a “misinformed” statement that Oberlander issued insinuating that Schneiderman had approved the case, despite Schneiderman stating that “the State had expressly declined to intervene”. Schneiderman’s office still plans to monitor the suit going forward, though, on behalf of the state.

Another lawyer involved in the case against Sater and his company, Richard Lerner, has been described by Sater’s lawyer as being referred to the DOJ for misconduct regarding criminal suspicion twice.

Keeping this in mind, Lerner plans to appeal the decision to disregard the qui tam case and gain back credibility.

Initiated by Tevfik Arif Bayrock former finance director Jody Kriss, the beginning lawsuit against Sater and the company from 2010 argued that there was mob involvement both in their business practices and employees. This reportedly manifested in a variety of crimes, including “mail, wire, and bank fraud; tax evasion; money laundering; conspiracy; bribery; extortion; and embezzlement.”

This also involved the founder of Sater’s company, Tevfik Arif, of being accused of cheating Kriss by means of fraud, money laundering, racketeering, and more acts of unlawfulness that reporedly were ignored in looking at the company’s practices and methods of business.

These claims proved to be well-substantiated and were approved in December by a New York judge to proceed as a racketeering case, posing a potential threat for Sater’s company. The Trump Organization also was involved with this case according to Kriss’ complaint due to negotations with Sater and Arif that occurred in 2003 regarding the rebranding of certain products under the Trump brand for marketability value. At the time Sater’s criminal record was unbeknownst to Trump and his affiliates, having also stated in a 2007 that they would have never cooperated with Sater if he had known about Sater’s criminal convictions. Trump also emphasized the lack of personal connection between the two, distancing himself from Sater.

However, the two organizations were very close in proximity, with Sater’s company previously having an office merely two floors below Trump’s in Trump Tower on Fifth Avenue. An anonymous source close to the company affirmed that Sater and Trump had weekly in-person meetings, a connection that reportedly harbored a sense of loyalty in Sater’s work for Trump, eventually leading to his Russia connections.

Trump is reported as saying Russia is “one of the hottest places in the world for investment” and in 2007 said that “it’s ridiculous that [he] wouldn’t be investing in Russia”. 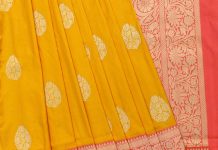 Why Young Adults Should Get a Health Insurance Before 30? 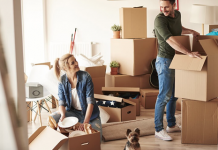 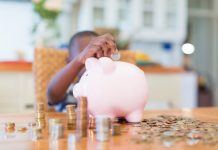