Car overheating can be a severe problem! Imagine you are driving to catch an urgent meeting and suddenly notice steam oozing out of your car’s engine. In case, you notice something like this, and you should immediately pull over somewhere. You should not continue driving when you see the temperature gauge moving towards the hot side. Driving your car with an overheating engine can cause severe damage to your vehicle and fixing the problem can be quite expensive. It might damage various parts of your car. There are multiple causes of engine overheating- here are some of the leading causes of engine overheating and some quick fixes for solving them.

Leak in the Cooling System

A hole in the cooling system causes the air to enter the system, hence causing engine overheating. The coolant leaks through the puncture and creates room for air to get sucked in. The air entered in the system takes the shape of a big bubble and occupies the top part. The bubble is called airlock, and it stops the coolant to reach the engine, causing the overheating.

This problem takes place in the winter season, especially where the temperature drops below the freezing point. If you don’t use a high-quality coolant, then it can get concentrated, thereby creating a blockage. Such a situation results in engine overheating and damages the radiator.

If the antifreeze mixture isn’t flowing correctly, then the engine starts overheating. It creates the same symptoms of the gelled coolant. An antifreeze mixture keeps your car’s motor cool during the summer time and prevents it from freezing in the cold days. Sometimes, a foreign object, faulty thermostat or mineral deposit can block the liquid from circulating through the radiator to disperse heat.

Engine oil prevents the build-up of excessive heat in the engine, thereby helping the cooling process. It removes about 75% to 80% of the unused heat in the engine. Also, engine oil keeps the parts of the cars properly lubricated, thereby reducing friction and the subsequent overheating.

One of the most common reasons for engine overheating is a broken water pump. The water pump is a part that dynamically takes part in upholding coolant circulation. In case of breakage or wear out over time, the leakage can damage the impeller.

What to do if your car’s engine overheats-

If your engine is overheating, take the following steps to cool it down:

Turn on the heater as it blows out excess heat from the engine into the car. However, this step is not ideal on a summer day as it won’t help the engine cool down.

Turn off the AC immediately as running it can put a heavy load on your engine.

This increased circulation cools down the engine.

Park your car, put it on neutral, and then rev the engine. This step will make the fan and water pump work faster, thereby pulling more air and water through the car’s radiator. This increases the circulation, thus cooling down the engine.

Opening the hood releases the heat and lets the air flow through the hot engine.

Final tip, never-ever attempt to remove the radiator cap when the engine is hot. It can cause severe burns all over your body.

Last but not least; cover your car with a comprehensive car insurance policy as it will help you deal with such unfortunate incidences. A car insurance policy offers Roadside Assistance and bears your repair cost, which can be pretty high in case of engine overheating.

How to amp up your ethnic outfits for this republic day 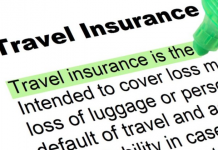 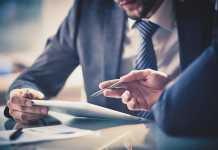 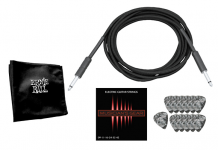